The Abelló Collection: A Modern Taste for European Masters

Making its international debut at the Meadows Museum in early 2015, The Abelló Collection: A Modern Taste for European Masters will headline the springtime festivities for the yearlong celebration of the Museum’s fiftieth anniversary. Together with Treasures from the House of Alba: 500 Years of Art and Collecting to take place this fall, these two exhibitions will celebrate the art of collecting in honor of Mr. Meadows’s own vision for a museum of Spanish art begun over a half century ago.

Ranked among the top of private art holdings of Spain, the Juan Abelló Collection comprises works by some of the greatest artists from the sixteenth to the twenty-first centuries. For more than thirty years, empresario Juan Abelló and his wife, Anna Gamazo, have searched the globe to bring together the finest and rarest of masterpieces by Spanish artists such as El Greco, Francisco de Goya, Pablo Picasso, and Juan Gris, as well as works by a variety of international modern masters spanning half a millennium, from Lucas Cranach to Amedeo Modigliani and Francis Bacon. Their acquisition in 2003 of the extraordinary Álbum Alcubierre, 108 drawings from the sixteenth to eighteenth century collected by the Second Count of Águila (1715-1784), considerably strengthened their already stellar holdings.

Beyond their passion for both art and history, the founders of the Abelló Collection were also driven by a desire to strengthen an international awareness of Spain’s rich cultural heritage. In several instances, Mr. Abelló and Mrs. Gamazo spent several years in search of particular works to quell their desire to bring back to Spain national masterpieces dispersed over time in the artistic diaspora resulting from the historical flux of regimes, the struggle for independence fought on Spanish soil, the collapse of the empire during the nineteenth century, and finally, the civil war of this past century.

Visitors to the Meadows Museum in 2008 had the rare opportunity to view the exhibition From Manet to Miró: Modern Drawings from the Abelló Collection, which was then exhibited in the United States for the very first time. As with the 2008 initiative, The Abelló Collection: A Modern Taste for European Masters will provide visitors of the Meadows Museum with an inaugural and exclusive view of the collection’s painted works following the show’s first venue, Madrid’s CentroCentro Cibeles de Cultura y Ciudadanía. While Mr. Abelló and Mrs. Gamazo have generously lent individual works to multiple art initiatives in the past, this will mark the first time that this wholly private collection is the sole focus of an exhibition, and in which a large selection of the Abelló painted works will be displayed publicly.

Among the works that will be shown at the Meadows Museum from the fifteenth century are works by Juan de Flandes (c. 1465-1519) as well as The Virgin with the Christ Child, or The Virgin of the Milk (c. 1485-90) by the Palencian master Pedro de Berruguete (c. 1450-1504). This exceptionally rare oil on panel, created shortly after Berruguete’s sojourn in Urbino, is one of the few works by the artist presumed not to have been destined for an altarpiece, and displays Berruguete’s distinctive Hispano-Flemish style.

From the sixteenth century, masterpieces by Fernando Yañez de la Almedina (c. 1475-1540) and El Greco (1541-1614) will complement the Meadows Museum’s own holdings of works by these artists. El Greco’s The Stigmatization of Saint Francis (c. 1580) from the Abelló collection will provide an opportunity to contemplate an iconographic variant to the Meadows’s depiction by the same artist of the saint kneeling in meditation.

The baroque period is represented by Spain’s great expatriate artist Jusepe de Ribera (1591-1652). The Sense of Smell (c. 1615) from his Five Senses series mentioned by Giulio Mancini, art writer, collector, dealer, and physician to Pope Urban VIII, offers a rare example of Ribera’s early Roman period just prior to his departure for Naples in 1616. From Ribera’s later period is Saint Peter (c. 1644), which relates to the artist’s series of apostles as well as his philosophers.

The seventeenth-century holdings of the Abelló Collection continue with several extraordinary examples of still life, a genre that flourished during that century. On display will be works by Miguel de Pret, Antonio Ponce, Pedro de Camprobín, Bernardo Polo, Juan de Arellano, and Miguel Vicente as well as Juan van der Hamen y León. The tradition of still life continues into the eighteenth century with the loan of an important still life by Luis Egidio Meléndez (1715-1780).  From farther afield, Venetian vedute by Francesco Guardi  (1712-1793) and Canaletto (1697-1768) capture dazzling, sun-drenched visions of the popular Italian destination.

Goya acts as the protagonist of nineteenth-century portraiture with his depictions of Martín Miguel de Goicoechea and Juana Galarza de Goicoechea (both 1810). This portrait pair is of particular relevance to the Meadows’s collection: the couple’s daughter, Gumersinda, married Javier, the artist’s son, in 1805. They in turn gave Goya his only grandson, Mariano, whose portrait was acquired by the Museum in 2013.

The twentieth-century holdings of the Abelló collection represent the grand finale of the exhibition. The range of works from this period is about as varied as the number of art theories and movements spanning that era. Several of Spain’s most important artistic representatives of the past century play a prominent role. Included are masterpieces by Juan Gris, María Blanchard, Salvador Dalí, Miquel Barceló, and of course, Picasso, by whom a suite of rare drawings not included in the 2008 exhibition will be on view at the Meadows this spring. Non-Spanish artists of the twentieth century such as Georges Braque, Fernand Léger, Henri Matisse, and Modigliani also comprise this remarkably diverse component of the collection.

Juan Abelló and Anna Gamazo also happen to be the only Spanish collectors who own several works by Francis Bacon (1909-1992). Their holdings of Bacon include Three Studies for a Portrait of Peter Beard (1975), which depict the photographer of Africa and its wildlife. Beard often frequented New York’s Studio 54 and counts among his friends Mick and Bianca Jagger and from past days, Jackie Onassis and Andy Warhol. Bacon was an ardent admirer of Beard, whom he met at London’s Clermont Club in 1965 for the launch of Beard’s book The End of the Game. Bacon painted nine portraits of his friend, and it is rumored that the artist was particularly attached to these three studies in the Abelló Collection. Bacon’s iconic Triptych (1983), which could refer both to a painting format popular during the Renaissance or equally to the modern inventions of photography and cinema, serves as a capstone to the Abelló collection in its entirety.

The Abelló Collection: A Modern Taste for European Masters will be guest curated by Almudena Ros de Barbero, curator of the Juan Abelló Collection and former curator at the Wildenstein Institute in Paris. A full-color, English-language catalogue accompanies the exhibition.

This exhibition has been organized by the Meadows Museum with works generously loaned to the Museum by the Abelló Collection, and has been brought to Dallas by a generous gift from The Meadows Foundation.

The exhibition is part of the Museum’s Golden Anniversary, which is sponsored by The Meadows Foundation, The Moody Foundation, the Dallas Tourism Public Improvement District and the Dallas Convention & Visitors Bureau. Media sponsorship has been provided by The Dallas Morning News. 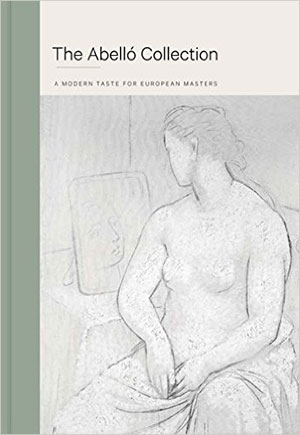