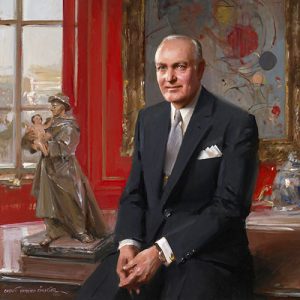 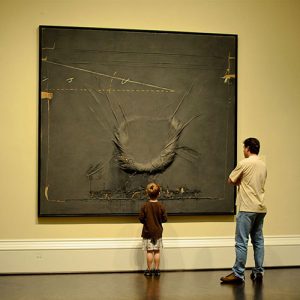 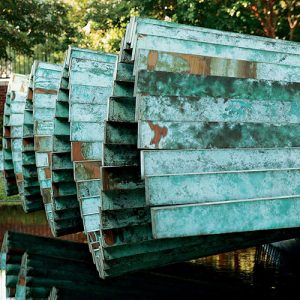 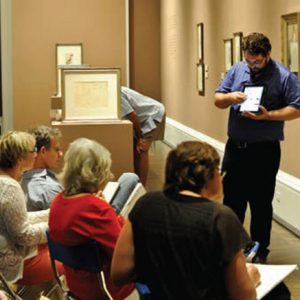 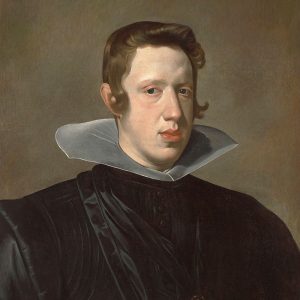 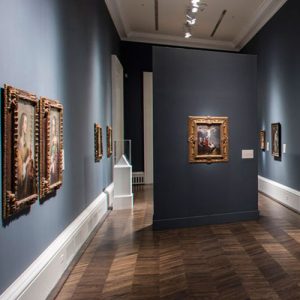 The core of the Meadows Museum’s collection was assembled by its founder, Algur H. Meadows. Mr. Meadows developed an interest in art over the course of several visits to Spain in the 1950s, when he spent long afternoons at the great Museo Nacional del Prado in Madrid. Mr. Meadows subsequently began to collect Spanish art and in 1962, after the passing of his wife, Virginia, he donated his original acquisitions as well as funds for a museum to house them at Southern Methodist University. Until his death in 1978, Mr. Meadows, with the careful guidance of founding director William B. Jordan, actively promoted the development of the Spanish art collection, which has grown to be one of the finest outside Spain. Ranging from early Renaissance examples to modern works by Pablo Picasso, Joan Miró, and Juan Gris, the majority of works of art in the collection were created during the Spanish Golden Age by Baroque artists such as Diego Velázquez, Bartolomé Esteban Murillo, and Jusepe de Ribera. One of the great protagonists of eighteenth-century Spanish art, Francisco de Goya, is represented within the founding collection by several painted works such as Yard with Madmen, Students from the Pestalozzian Academy, and Still Life with Woodcocks, along with complete first-edition sets of the artist’s four great print series: Los Caprichos, The Disasters of War, La Tauromaquia, and Los Disparates. These works reveal the development of Goya’s style throughout his lengthy career that spanned multiple regime changes and vast political turmoil as a result of the French occupation. Paintings by Goya’s contemporaries, including Vicente López Portaña, who served as First Court Painter to Ferdinand VII alongside Goya, and Francisco Bayeu y Subías, Goya’s brother-in-law, are also represented among the Museum’s eighteenth-century holdings. The Algur H. Meadows Collection also includes a number of late nineteenth- and early twentieth-century paintings by Spanish artists working both within and beyond their native country’s borders, such as Mariano Fortuny y Marsal, Raimundo de Madrazo, Joaquín Sorolla y Bastida, and Ignacio Zuloaga.

Thanks to generous contributions from The Meadows Foundation, donors, and friends, the Meadows Museum continues the active acquisition program that began during Mr. Meadows’s lifetime. Through the acquisition of works by artists such as Juan Carreño de Miranda, Vicente López, Sorolla, Zuloaga, Francisco Bayeu, Raimundo de Madrazo, and Goya, the Meadows Museum has further expanded its founding collection. The scope of the Museum’s holdings continues to grow through the procurement of works by artists not previously represented in the collection in a variety of media, such as Alonso Cano’s Christ Child, which functioned originally as a tabernacle door of a seventeenth-century altarpiece, and a rare, late Baroque terracotta sculpture of St. Paul the Hermit by Juan Alonso Villabrille y Ron. The Museum’s twentieth-century collection has also been enhanced considerably through very recent acquisitions of works by Esteban Vicente, Miquel Barceló, Juan Muñoz, and Salvador Dalí, whose L’homme poisson is the first oil on canvas by the artist to enter a public collection in Texas.

In addition to the Meadows Museum’s core collection of Spanish art, the Meadows Museum also oversees and manages a collection of modern sculpture by non-Spanish artists. This collection, known originally as the Elizabeth Meadows Sculpture Garden, was a second generous gift to SMU from Mr. Meadows to honor his second wife. Many of these sculptures by renowned twentieth-century artists such as Jacques Lipchitz, Henry Moore, and Claes Oldenburg can be seen on the Museum’s outdoor plaza. Important figural sculptures by Auguste Rodin, Aristide Maillol, and Alberto Giacometti are periodically on display within the Museum.

The Meadows Museum is also responsible for overseeing the University Art Collection of SMU. The collection was begun in 1920 and in its early years included primarily Texas Regionalist art by important artists such as Jerry Bywaters, Everett Spruce, and William Lester. The collection now contains a wide array of works of art donated by alumni and friends of SMU. Many works in this collection are by former students and faculty members who have established themselves in the art world, including David Bates and James Surls. Though the Meadows Museum sometimes displays works from the University Art Collection, art from this group of works can also be seen in various buildings across SMU’s campus. Please note that the University Art Collection is not yet accessible through the Museum’s website. Please check back in the future as our ‘Collections’ page continues to update and expand.

For any questions or comments regarding the works in our collection please send an email to meadowsmuseuminfo@smu.edu.