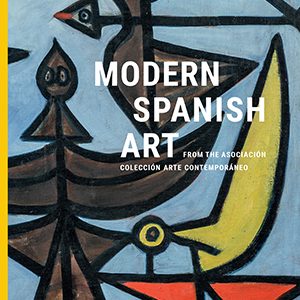 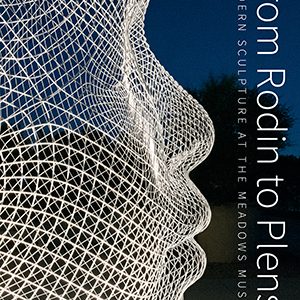 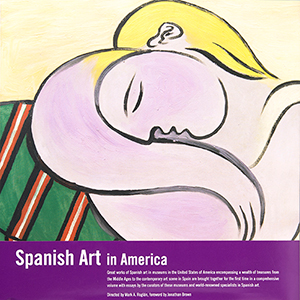 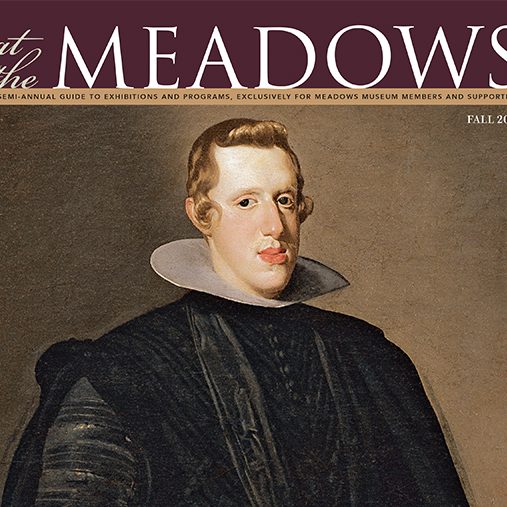 Find past copies of At the Meadows Member Magazines

The Meadows Museum’s exhibition Dalí: Poetics of the Small, 1929–1936 is accompanied by a dazzling new publication that allows readers a closer look into Salvador Dalí’s penchant for painting on a small scale. Edited by the co-curators of the exhibition, Mark A. Roglán, director of the Meadows Museum, and Shelley DeMaria, the Meadows’s curatorial assistant, the volume offers further art historical context for the paintings by covering Dalí’s biography and historical influences; the inspiration he found in the work of other painters, most especially the Dutch master Johannes Vermeer; and the technical processes and materials Dalí used to achieve his masterpieces. DeMaria authors an introductory essay unearthing Dalí’s inclination toward miniaturization and growing identification as a Surrealist, while Roglán’s contribution focuses on Dalí’s decades-long admiration of Vermeer’s small-format works through side-by-side comparisons of paintings by the two artists. An essay by Claire Barry, director of conservation at the Kimbell Art Museum, and Peter Van de Moortel, assistant paintings conservator in the Kimbell Conservation Department, analyzes new technical findings following close examination, technical imaging, and pigment analysis of a core group of works from the exhibition. A full-color catalogue of exhibited works, with entries researched and written by DeMaria, reveals the accumulation of Dalí’s personal and symbolic iconography during the key years covered by the show and places these small paintings in the context of Dalí’s overall body of work. Finally, the publication concludes with an appendix of technical images of twelve of Dalí’s small-format works, many of which are published here for the very first time, with six analyzed by Barry and her team and the remainder generously provided by conservation departments in the United States and Spain. 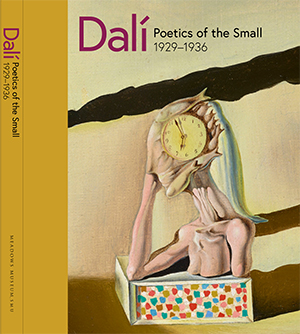 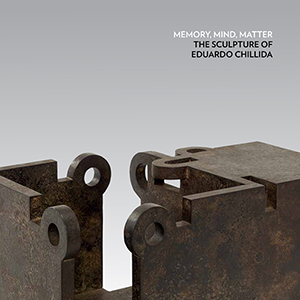 Memory, Mind, Matter – The Sculpture of Eduardo Chillida is the official catalogue for the exhibition of the same name held at the Dalí Museum, St. Petersburg, Florida (May 13, 2017 – September 24, 2017) and the Meadows Museum, Dallas (February 4, 2018 – June 3, 2018). The show presents the world-renowned Spanish sculptor’s works in iron, alabaster, clay, stone and paper, featuring more than 60 Chillida works. In addition to photographs of the works, the catalogue contains a fascinating overview of the Basque artist’s career, with essays by Nausica Sanchez (archivist, Museo Chillida-Leku) and William Jeffett (curator of exhibitions, Dalí Museum).

Zurbarán: Jacob and His Twelve Sons Paintings from Auckland Castle (2017)

The impressive series of paintings known as Jacob and His Twelve Sons portrays thirteen life-size figures by Spanish master Francisco de Zurbarán (1598–1664). Painted between about 1640 and 1645, the series depicts Jacob and his sons named in Chapter 49 of the Book of Genesis in which Jacob bestows his deathbed blessings to his sons, each of whom go on to found the Twelve Tribes of Israel. Co-edited by Susan Grace Galassi, senior curator at The Frick Collection; Edward Payne, senior curator of Spanish art at Auckland Castle; and Mark Roglán, director of the Meadows Museum; this publication chronicles the scientific analysis of the series Jacob and His Twelve Sons led by Claire Barry at the Kimbell Art Museum’s Conservation Department and also provides focused art historical studies of the works. Essays cover the iconography of the Twelve Tribes of Israel, the history of the canvases, and Zurbarán’s artistic practices and visual sources. With this comprehensive and varied approach, the book constitutes the most extensive contribution to the scholarship on one of the most ambitious series by this Golden Age master. ($45) 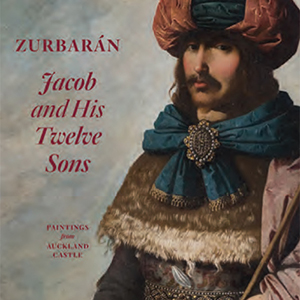 This book is the first complete catalogue raisonné of the drawings of Jusepe de Ribera (1591–1652). A follower of Caravaggio, he trained in Rome and subsequently became a painter to the viceregal court in Naples. Ribera’s drawings played a central role in his art. This catalogue raisonné reveals his impressive technical skills, equally evident in his use of pen and ink, red chalk, and wash, while emphasizing the remarkable range of the subjects he depicted.

The main text by Gabriele Finaldi, director of the National Gallery, London, explores specific themes within Ribera’s activity as a draftsman, from his sources, signatures, and the most prominent collectors of his drawings to his preparatory studies and the variety of his subject matter. This text is followed by entries on the 157 surviving drawings considered autograph, five sheets attributed to Ribera and thirty-one rejected attributions by the artist within museums, institutions, and private collections around the world. 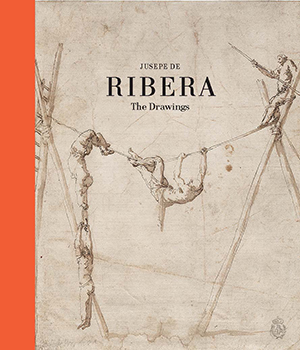 In this richly illustrated catalogue, the dialogue between works owned by the Asociación Colección Arte Contemporáneo and those from the Meadows Museum, SMU, Dallas, offers five sensibilities or poetics of Modern Spanish Art. Between 1915 and 1957, Spanish creators sought the constructed form in their work, irrespective of figurative or abstract accents. They were forerunners of the new realisms, representing new physiognomies of individuals in a transforming society. Through free expression they discovered a new lyricism in the arts. They expanded and diversified the new propositions of Surrealism. Ultimately, they established a special relation between their own stylistic vernaculars and the principles of the “new art” or arte nuevo. Eugenio Carmona, distinguished professor of art history at the Universidad de Málaga and curator of the exhibition, illuminates modern Spanish art beyond Picasso, Miró, and Dalí as an intense and transforming experience, developing in various places and flourishing at different moments in history. 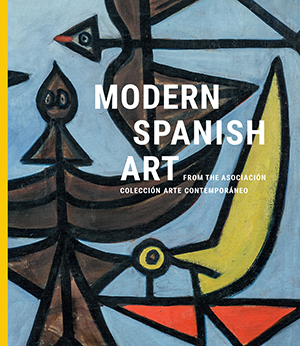 Sorolla in America: Friends and Patrons (2016)

Sorolla in America, jointly published by the Meadows Museum, Center for Spain in America (CSA), and the Fundación Museo Sorolla, with the collaboration of the Centro de Estudios Europa Hispánica (CEEH), was recently award the 2017 Eleanor Tufts Award by the American Society for Hispanic Art Historical Studies, an affiliated society of the College Art Association. The award is given to a distinguished book in English on the history of Spanish or Portuguese art history. According to the award committee, “the book examines the circumstances of the Valencian painter Joaquín Sorolla y Bastida’s [1863–1923] meteoric rise in popularity among collectors and institutions in the United States, as well as his productive relationships with American painters. It expands the existing literature on Sorolla in important ways, especially by bringing to light new archival sources and images across a number of cogent, thoughtful essays. The scholarly rigor and attention to detail that characterize the book’s chapters, and the logic with which the individual essays are organized make the publication an exemplum of what a museum-based academic publication can and should do. Furthermore, the high quality of the book’s production ensures that, for years to come, it will remain a touchstone for scholarship on Sorolla, the transatlantic visual culture of the turn of the twentieth century, and the history of collecting writ large.” 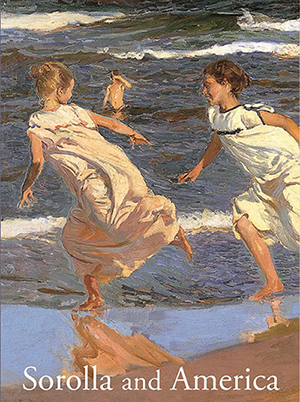 Meadows Museum: A Handbook of the Collection (2021)

Meadows Museum: A Handbook of the Collection
Edited by Mark A. Roglán

The guide features over 200 newly written object entries, 235 color illustrations, and references a total of more than 400 individual objects or series of works. Edited by the museum’s director, Mark A. Roglán, the volume contains the contributions of 14 individual authors, many of them alumni of the museum’s pre- or postdoctoral fellowship program who now serve in curatorial and academic positions in the U.S. and Europe, as well as current and former staff from the museum’s curatorial and education departments. 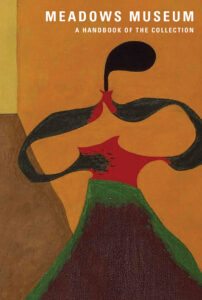 From Rodin to Plensa: Modern Sculpture at the Meadows Museum (2018)

The beautifully designed From Rodin to Plensa: Modern Sculpture at the Meadows Museum has nearly 100 full-color images and over thirty historical black-and-white images. This one-of-a-kind catalogue brings together historical insight, new research, and artistic photographs to give readers all new access to the important works of modern sculpture at the Meadows Museum. The book’s release was celebrated with a double-lecture event on March 22, 2018, during which the publication’s author, Dr. Steven A. Nash, founding director of the Nasher Sculpture Center and former director of the Palm Springs Art Museum, and the noted American photographer Laura Wilson shared their experiences working on this unique collaboration. 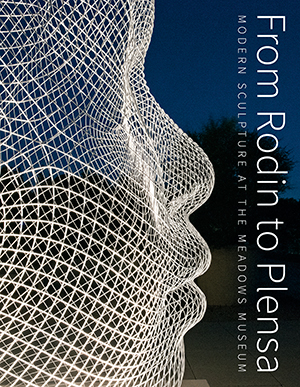 Great works of Spanish art in museums in the United States encompassing a wealth of treasures from the Middles Ages to the contemporary art scene in Spain are brought together for the first time in a comprehensive volume with essays by the institutions’ own curators and world-renowned specialists in Spanish art. Edited and with an essay by Meadows Museum director Mark Roglán, and including essays by current Meadows/Mellon/Prado postdoctoral fellow Amanda Dotseth, former Meadows/Mellon/Prado postdoctoral fellow Iraida Rodríguez-Negrón, and former Meadows/Kress/Prado pre-doctoral fellow Rebecca Quinn Teresi.