On Monday, June 2, 2014, the Meadows Museum welcomed approximately 200 members of the Association of Art Museum Directors to its facility, many of whom were visiting the Meadows for the first time. The group was in Dallas for its annual meeting, which last came to Dallas in 2003, and also included heads of major foundations such as the Kress Foundation and the Getty Foundation, among others. Upon arriving at the Meadows Museum they gathered for a group photo, which was also captured in a series of aerial photographs taken by drone. 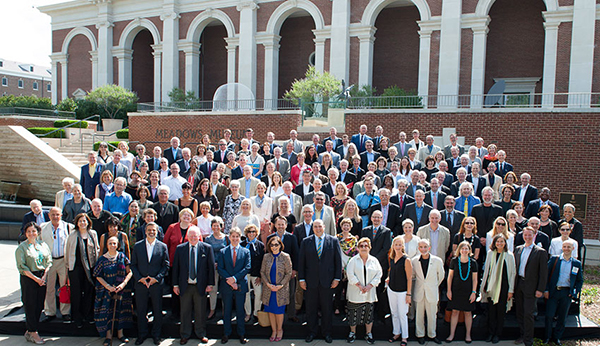 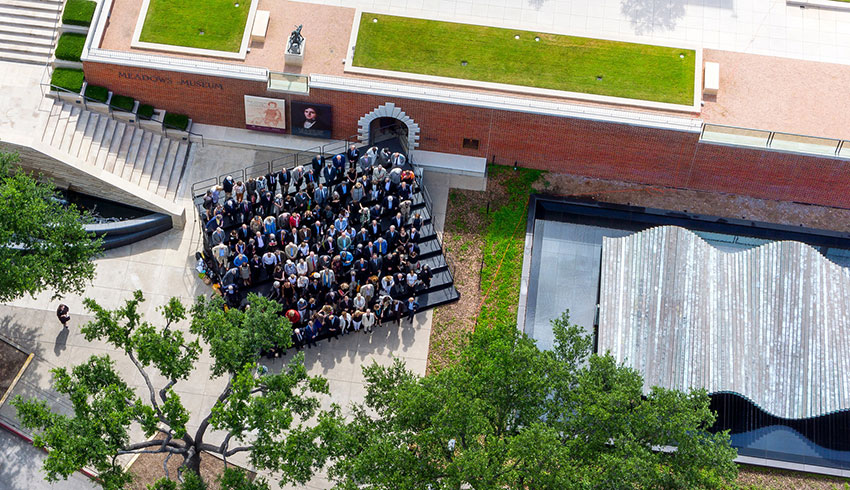 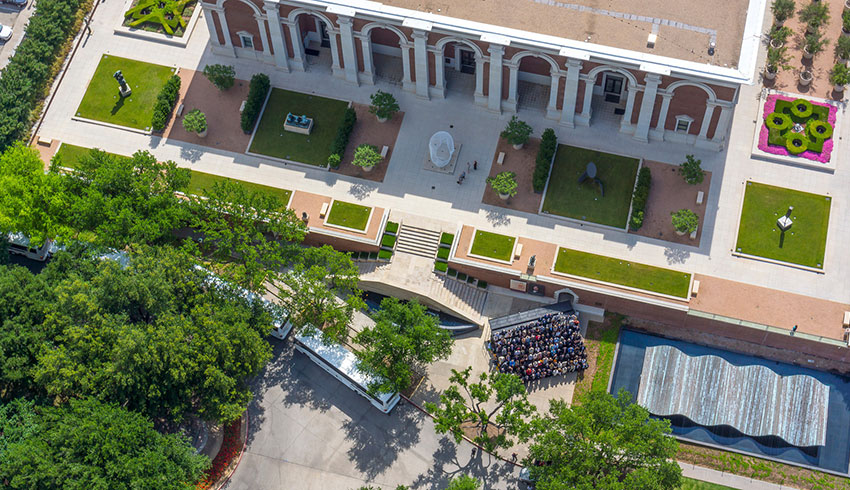 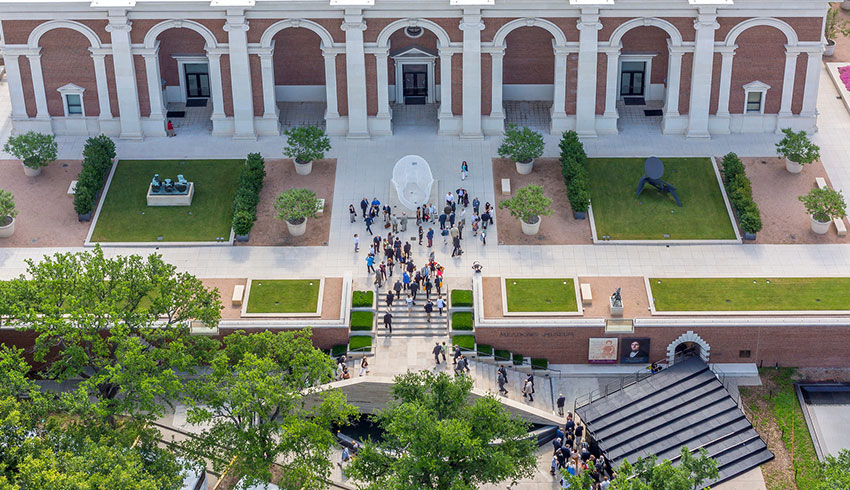