Click on an image in the slideshow below to see captions.

Say, are you making a portrait or are you bringing it to life?
For this royal image is so surpassingly excellent that I would judge
the canvas to be as alive as insensible things are dead.”

This fall, the Meadows Museum welcomes the magnificent portrait of Philip IV (1623-28), by Diego Velázquez (1599-1660). This is the third loan from the Museo Nacional del Prado in Madrid that comes to Dallas as part of the groundbreaking three-year partnership between the Meadows Museum, SMU, and the Spanish institution. The exhibition, organized by guest curator Dr. Javier Portús, Senior Curator of Spanish Painting at the Prado, will also include a selection of early portraits by Velázquez from other collections, and will offer visitors the unique opportunity to view the Meadows’s own Portrait of King Philip IV (1623-24), by Velázquez, within the context of other early works by the Spanish master.

Velázquez painted his first portrait of Philip IV in 1623, when the artist was only twenty-four years old. The painting was so well received at court that it assured him his appointment as royal painter to the Spanish king. According to Velázquez’s father-inlaw, art theorist Francisco Pacheco (1564-1644), because of the portrait’s success, the artist was given the exclusive right to portray the king. Many scholars have considered the possibility that the Meadows’s Portrait of King Philip IV is this first portrait of the king by Velázquez, after which he modeled subsequent portraits, among these the underlying image in the Prado’s Philip IV.

In his first royal portraits, Velázquez followed the established Spanish Habsburg portrait tradition that favored “icon-like” images with highly finished and detailed surfaces. But before long, he developed his own portrait style and surpassed these conventions by creating new prototypes that influenced the official imagery of the Spanish kings throughout the seventeenth century. In his portraits, Velázquez went beyond the distant representations of royals and courtiers, and approached the inner self of his subjects. His solemn and psychological representations evoked an air of modernity unseen before, which soon translated into technical inventiveness marked by vigorous brushstrokes and an extraordinary economy of means.

The centerpiece of the exhibition, the Prado’s portrait Philip IV, is a quintessential work within Velázquez’s oeuvre because the wealth of information it provides allows for a better understanding of the artist’s creative process. Radiographs taken from the Prado’s portrait in 1960 confirmed what was already slightly visible to the naked eye: at some point, for reasons still unknown, Velázquez reworked the original portrait painted for the king, and achieved a likeness that preserved the characteristic Habsburg pronounced chin, which had been largely concealed in the earlier image. In the revised painting, Velázquez achieves a more elegant composition by determined only after undergoing in-depth analyses and comparison against other authentic works, such as the Meadows’s Portrait of King Philip IV.

Among the works that are being lent to the exhibition is the insightful portrait of one of Spain’s greatest poets, Luis de Góngora y Argote, painted during Velázquez’s first stay in Madrid in 1622, which belongs to the Museum of Fine Arts in Boston. In addition, Fort Worth’s Kimbell Art Museum will lend its own Velázquez masterpiece, the Portrait of Don Pedro de Barberana (c. 1631-33), painted soon after the artist’s first trip to Italy in 1631. From The Cleveland Museum of Art comes the enigmatic Portrait of the Jester Calabazas (c. 1631-32), the first in a series of court jester portraits Velázquez painted in the 1630s for the decoration of Philip IV’s pleasure palace in Madrid, the Palacio del Buen Retiro. This exhibition will offer an exceptional opportunity for the study of Velázquez’s portraits by presenting in one place oustanding examples from his early production. Together, these works provide an opportunity to more clearly appreciate the artist’s technique, remarkable innovation, and other distinctive facets of his style that explain his success at the court of Philip IV, one of the most discerning art patrons in the history of Early Modern art.

Considering that Velázquez’s total artistic production amounts to just over 100 works, the majority of which are in the Prado, it is remarkable that the Meadows Museum has among its holdings three important paintings by the Spanish master from different phases in his career: the aforementioned Portrait of King Philip IV, Female Figure (Sibyl with Tabula Rasa) (c. 1648), and the Portrait of Queen Mariana c. 1656). Algur H. Meadows’s vision to establish “a small Prado in Texas” has never been as close to reality as it will be when this exhibition opens and a significant selection of works by the artist most closely associated with the Prado are exhibited within the galleries of the Museum he founded. This impression is highlighted by having as the central work in the show the official portrait of the king whose art collection is the pillar upon which the Museo Nacional del Prado was established.

The Prado at the Meadows collaboration is under the scientific direction of Dr. Mark Roglán, Director of the Meadows Museum, and Dr. Gabriele Finaldi, Associate Director for Collections and Research at the Prado Museum. As in the first two successful installments of this partnership, the exhibition will be accompanied by a bilingual publication produced by the Meadows Museum that will present new research related to the work’s historical context, condition and conservation, provenance, attribution, literary connections, and its place within the artist’s production. In addition, the Museum will organize a symposium with both national and international scholars, along with other educational programming.

This exhibition and project have been organized by the Meadows Museum and the Museo Nacional del Prado, and are funded by a generous gift from The Meadows Foundation. This exhibition is supported by an indemnity from the Federal Council on the Arts and the Humanities. 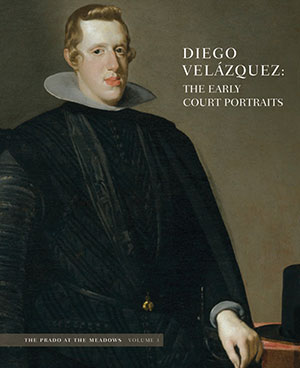