The Spanish Gesture: Drawings From Murillo to Goya in the Hamburger Kunsthalle

The Kupferstichkabinett (collection of prints and drawings) at the Kunsthalle of Hamburg holds, alongside Florence, Paris and London, one of the most significant collections of Spanish drawings to be found outside of Spain. This is perhaps surprising at first, given that the Hanseatic city of Hamburg has historically not been a stronghold of Catholicism. Indeed, the reason for this lies in a single, rather chance purchase by the first director of the Kunsthalle, Alfred Lichtwark (1852-1914); the motivation for this acquisition was as spontaneous as it was personal.

In 1891, the London art and antiques dealer Bernard Quaritch (1819-1899) offered for sale a mixed lot of Spanish and Italian drawings to the Berlin Museum. There, however, the budget had already been depleted by the purchase of a different collection. Lichtwark viewed the drawings in Berlin and, since they “pleased him greatly,” he immediately and successfully went about securing the necessary £180, thus acquiring them for Hamburg.

A few years later, however, the quality of the extraordinary collection, which today comprises over 200 drawings, had already faded from memory. When August L. Mayer (1885-1944) inquired as to whether there were any Spanish drawings in the Hamburg collection that he could include in his planned publication of 150 drawings by Spanish masters to be published by The Hispanic Society of America in 1915, he was told that “it contains almost nothing of significance.” As a result, the drawings went unheeded for a considerable length of time. There followed—at intervals of about thirty-five to forty years—a small in-house exhibition in 1931, a slightly larger exhibition in 1966 with additional items from the Museo Nacional del Prado and the Biblioteca Nacional in Madrid, and another smaller presentation in 2005 comprising forty-five works of art.

To be certain, some important and, by now, famous works from the Hamburg collection have often traveled to different venues. The Spanish Gesture: Drawings from Murillo to Goya in the Kunsthalle, Hamburg is the first exhibition to present this exquisite collection on a larger scale, 123 years after it was first bought by the Kunsthalle of Hamburg.

A great part of the core of today’s Hamburg collection was assembled by Bartolomé Esteban Murillo (1617-1682) and was produced in and around the Academia de Murillo he established in Seville in 1660 with Francisco Herrera the Younger (1622-1685), Juan de Valdés Leal (1622-1690), Cornelis Schut (1629-1685) and others. Highlights from this period include Murillo’s Assumption of the Virgin (c. 1665); a pen-and-ink drawing, Nobleman in a Landscape (c. 1660), attributed to Herrera the Younger; Head of St. John the Baptist (1654-5) by Valdés Leal; and Alonso Cano’s (1601-1667) Sketch for the Altar of St. Catherine. The Hamburg Kupferstichkabinett holds the largest group of half-length holy figures, understood to represent the twelve apostles, by Francisco Herrera the Elder (c. 1590-1656), created around 1640-50, and this exhibition will display all twelve works together for the first time.

Representing the later end of the collection is a number of drawings by Francisco Goya (1746-1828). Together with his Tauromaquia prints and drawings from Goya’s “Album B,” the collection holds the majority of Goya’s drawings after Diego Velázquez (1599-1660) that he subsequently used (or intended to use) for his etchings. Among these are the two Greek literary figures Aesop and Moenippus. The collection also comprises full-length portraits of members of the royal family, dwarves and court jesters, Los Borrachos, Las Meninas, and one of Velázquez’s most important early works that leads us back to Seville, the Waterseller of Seville.

This exhibition has been organized by the Meadows Museum, SMU; the Museo Nacional del Prado; the Hamburger Kunsthalle; Centro de Estudios Europa Hispánica; Center for Spain in America; and is funded by a generous gift from The Meadows Foundation. Promotional support provided by The Dallas Morning News.

Spanish drawings the first draft of art at the Meadows Museum, Guide Live (powered by The Dallas Morning News), by Rick Brettell

(Stories have since expired on these sites.) 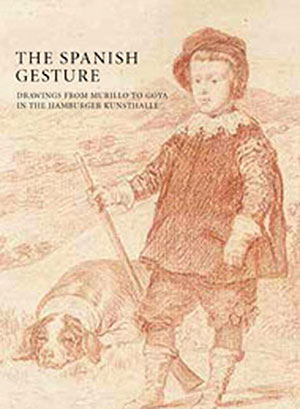