The Meadows Museum is organizing a comprehensive new exhibition, Sorolla and America, which will explore for the first time Joaquín Sorolla’s unique relationship with the United States in the early twentieth century. Joaquín Sorolla y Bastida (1863-1923) was the most internationally known Spanish artist until the arrival of Pablo Picasso (1881-1973), and his paintings are in many of the most important museums and private collections in the world. The exhibition will feature works that relate to his American connection and explain how this country affected the artist, as well as how Sorolla was received by American audiences. Addressed in the exhibition will be the repercussions of Sorolla’s blockbuster U.S. exhibitions in 1909 and 1911 from the artistic to the financial perspective. Through these various facets, the exhibition will allow visitors to gain an understanding of the significance and quality of this celebrated painter.

More than one hundred works will be presented, including paintings, oil sketches, and drawings. A complete range of the different subjects including social themes, landscapes, beach scenes, portraits, and historical matters, will provide an understanding of Sorolla’s work. The role of key collectors and supporters, such as Archer Huntington and Thomas Fortune Ryan, will also be featured.

The exhibition includes a significant number of works from The Hispanic Society of America, which has been a major supporter of the project and whose generosity has been critical to its success. Following the Dallas venue, the exhibition is scheduled to travel to The San Diego Museum of Art (May 30-August 26, 2014) and Fundación MAPFRE in Madrid (September 23, 2014-January 11, 2015).

Guest curator Blanca Pons-Sorolla is the great-granddaughter of the artist, the author of Joaquín Sorolla (London, 2005), and the world authority for Sorolla’s works. Fully illustrated English-and Spanish-language catalogues will accompany the exhibition, with essays by nineteenth-century art experts. The catalogue will include key archival materials relating to Sorolla’s reception in America. In addition, the Museum will present a symposium on the artist featuring an international panel of scholars and researchers.

This exhibition has been organized by the Meadows Museum, SMU, The San Diego Museum of Art, and Fundación MAPFRE. The contributions of The Hispanic Society of America have been crucial to the success of this exhibition. A generous gift from The Meadows Foundation has made this project possible.

2014 Symposium:
Collecting Sorolla in America: From the Gilded Age to Today 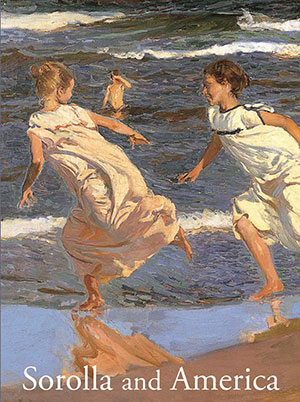