The Prado at the Meadows: Ribera in a New Context

Beginning September 18, Jusepe de Ribera’s monumental portrait of Mary Magdalene from the collection of the Museo Nacional del Prado will be on view at the Meadows Museum at Southern Methodist University, home to one of the largest and most comprehensive collections of Spanish art outside of Spain. The exhibition, “Ribera: ‘Mary Magdalene’ in a New Context,” which runs through January 15, 2012, marks the second year of the museum’s unprecedented international partnership with the Prado and will include other notable works by Ribera from distinguished international museums and private collections, as well as works by the artist and his followers from the Meadows’ permanent collection.

Ribera: ‘Mary Magdalene’ in a New Context is part of the museum’s multifaceted three-year partnership with the Prado, a collaboration that includes the organization of groundbreaking focused exhibitions centered on pivotal masterpieces on loan from the Prado, scholarly texts that will advance the understanding of Spanish art, and an internship exchange between the two institutions. Following the 2010 presentation of El Greco’s Pentecost, the Ribera exhibition will examine a lesser-known facet of the artist’s career. Curated by Dr. Gabriele Finaldi, associate director of collections and research at the Prado, the exhibition will examine Ribera’s representation of Mary Magdalene and other saintly females as a departure from his traditional style. This initiative is accompanied by a bilingual publication published by the Meadows Museum in collaboration with the Museo Nacional del Prado, comprising essays by Dr. Finaldi, Dr. Craig Felton (Smith College), Dr. María Cruz de Carlos Varona (Universidad Autónoma de Madrid) and Dr. Jessica A. Boon (The University of North Carolina at Chapel Hill). The exhibition’s inauguration will feature a symposium on September 16, 2011, with lectures by Dr. Finaldi, Dr. Felton, and Dr. Helen Hills, professor of art history at York University, England.

“This partnership, now in its second year, builds on museum founder Algur H. Meadows’ vision to establish a ‘Prado on the Prairie’,” said Meadows Museum Director Mark Roglán. “With this exhibition, visitors will have the opportunity to see Ribera’s masterpiece in a new light. The painting will be in dialogue with the incredible collection of Spanish art that Meadows helped build, and the university’s scholars will examine the work from a variety of perspectives, deepening understanding of its cultural, social, and religious contexts.”

Though Ribera is known for his dark and startling works, often depicting scenes of horror, his representation of the Magdalene is tender, emphasizing the beauty and elegance of his subject. The Magdalene was a central devotional figure in seventeenth-century Italy and Spain, and was a frequent subject for paintings of the time. Ribera painted the Magdalene several times, consistently portraying her as a sympathetic and sensitive figure. Ribera’s Magdalene will be accompanied by three additional loans: Assumption of the Magdalene (1636) from the Museo de la Real Academia de Bellas Artes de San Fernando in Madrid; Saint Mary of Egypt in Ecstasy (c. 1640) from the Colección Pérez Simón in Mexico City; and Saint Mary of Egypt (1651) from the Museo Civico Gaetano Filangieri in Naples, Italy.

This fall, the two museums will also initiate The Kress/Meadows/Prado Curatorial Fellowship, an annual exchange with one appointment made by each institution. This will be the first curatorial internship ever to be mounted by the Prado with a foreign institution. Sponsored jointly by the Meadows Museum, the Prado and the Samuel H. Kress Foundation in New York, the fellowships will provide graduate students with the opportunity to gain professional and international experience, and to work closely with the curatorial staff at each institution. The Meadows Museum has selected Iraida Rodriguez-Negrón, a Ph.D. candidate at New York University, as the first recipient of this fellowship; she will spend approximately ten months at the Meadows, followed by six weeks at the Prado.

This Ribera exhibition and project have been organized by the Meadows Museum and the Museo Nacional del Prado, and are funded by a generous gift from The Meadows Foundation.

Following the opening of the Ribera exhibition, beginning November 6, the Meadows will present Ten Works, Ten Years: Collection Highlights at the New Meadows Museum, a tenth-anniversary celebration of the museum’s new building that highlights significant gifts to the museum’s permanent collection. On view through January 15, 2012, the exhibition will feature exquisite works – one acquired during each of the past ten years since the Meadows’ new building opened to the public. Notable acquisitions include the portraits Richard Worsam Meade by Vicente López y Portaña, King Charles II by Juan Carreño de Miranda and nineteenth-century landscapes by artists such as Joaquín Sorolla and Aureliano de Beruete. The new building was created to house the expanding permanent collection, and to provide more space for future exhibitions, and includes an outdoor plaza and sculpture garden featuring Jaume Plensa’s monumental sculpture Sho (2007).

The Meadows Museum is the leading U.S. institution focused on the study and presentation of the art of Spain. In 1962, Dallas businessman and philanthropist Algur H. Meadows donated his private collection of Spanish paintings, as well as funds to start a museum, to Southern Methodist University. The museum opened to the public in 1965, marking the first step in fulfilling Meadows’ vision to create a “Prado on the Prairie.”

Today, the Meadows collection of Spanish art—one of the largest and most comprehensive outside of Spain—comprises more than 125 paintings and sculptures and approximately 450 works on paper. The collection spans from the 10th to the 21st century, and includes medieval objects, Renaissance and Baroque sculptures, and major paintings by Golden Age and modern masters.

The Museo Nacional del Prado is Spain’s premier art museum and was founded by King Ferdinand VII in 1819. It houses a collection of paintings from the 12th to the early 20th century, and includes several of the great masterpieces of European painting, including Van der Weyden’s Descent from the Cross, Bosch’s Garden of Earthly Delights, El Greco’s Portrait of a Man with his Hand on his Chest, Velázquez’s Las Meninas, and Goya’s The Second of May 1808 and The Third of May 1808. It also includes collections of ancient sculpture, decorative arts, and drawings, prints and photographs, including the world’s largest and most important group of works on paper by Goya. In 2007 the Prado opened its new extension, designed by Pritzker Prize-winning architect Rafael Moneo, which provides the museum with new spaces for exhibitions, conservation and storage. The Prado has an ambitious program of temporary exhibitions which has included in recent years “Titian” (2003), “Manet in the Prado” (2004), “Tintoretto” (2005), “Picasso: Tradition and Avant-garde” (2006), “Velázquez’s Fables” (2007), “Francis Bacon” (2009) and “Sorolla” (2009).

Why The Meadows’ El Greco Exhibitions Are About So Much More Than the Pentecost
dmagazine.com, September 22, 2010 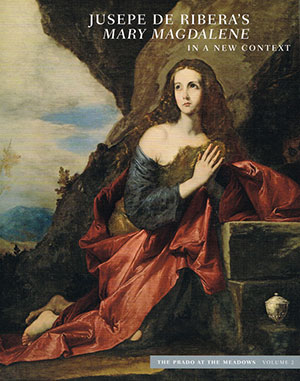