The Invention of Glory: Alfonse V and the Pastrana Tapestries

In the spring of 2012, the Meadows Museum will offer its visitors the opportunity to view a set of four fifteenth-century tapestries that have been preserved since at least the seventeenth century at the Collegiate Church of Nuestra Señora de la Asunción in Pastrana in the Spanish province of Guadalajara. Known collectively as the Pastrana tapestries, these masterfully woven creations were produced in the Tournai workshops in Belgium during the last quarter of the fifteenth century. It is not known for certain how these tapestries made their way to Pastrana; the leading theory is that they were given to King Philip II of Spain by Rui Gomes da Silva (1516-73), prince of Éboli (and later the first duke of Pastrana), around the time of the union of the kingdom of Spain and Portugal. Prized for their technical execution, the sumptuous materials employed in their creation, and their monumental scale (reaching to 36 feet in length and 13 feet in height), the Pastrana tapestries are above all rare in terms of subject matter. While most tapestries of the period featured biblical or mythological subjects, the Pastrana tapestries are some of the few extant examples that depict contemporaneous events – the conquest of the North African cities of Asilah and Tangier by Afonso V (1432-81), King of Portugal.

Smarting from the fall of Constantinople to Sultan Mehmed II in 1453, the Christian world was rallied by subsequent papal bulls of Popes Nicholas V and Callixtus III to join in Crusades to defend the Church against the Infidel. Pope Callixtus III in 1456 granted the Portuguese Order of Christ, an order founded in 1319 to fight the Muslims, spiritual jurisdiction over conquered lands. Accordingly, in 1458, Afonso V began his exploits into the Maghreb, conquering Ksar es-Seghir, Asilah, and Tangier. As a result of his North African conquests, Afonso V effected a change in title of Portuguese kings thereafter to “Rei de Portugal e dos Algarves Daquém e Dalém Mar em África” [“King of Portugal and of the Algarves on these shores and beyond the sea in Africa”]; he himself attained the sobriquet “the African.”

Ostensibly a fight of faith, Afonso’s Moroccan invasion was also a victory for Portugal’s expansionist policies. Three of the four tapestries narrate respectively the Portuguese landing, siege, and triumph at Asilah in 1471. Once Asilah fell, Tangier—the Portuguese occupation of which is the subject of the fourth tapestry—was in no position to resist the Portuguese. This event was significant for Afonso V, who was determined to overtake the strategically positioned port city on the Strait of Gibraltar after his uncles’ prior unsuccessful attempts. By conquering Tangier, Afonso was also avenging the death of the Infante Dom Fernando, killed in captivity in Fez in 1443.

Commissioned by Afonso V, the Pastrana tapestries must have been created soon after the victorious Portuguese expeditions into North Africa from drawings based on oral or written descriptions of the events. The tapestries display in magnificent detail the multitude of soldiers, carracks, armor, cannons, and firearms. In the three Asilah cycle tapestries, ubiquitous standards pay homage to Portugal, while the banners bearing the rodízio espargindo gotas [the wheel spraying drops] are the personal emblem of Afonso V.

Recently, the Fundación Carlos de Amberes supported the two-year restoration of the tapestries at the Royal Manufacturers De Wit in Belgium, which has returned the four woven tableaux to their original splendor. To expose the tapestries to a wider audience during the renovation of their exhibit rooms at the Collegiate Church of Pastrana, the tapestries have been traveling since January 2010 to museums in Brussels, Lisbon, Toledo, and Madrid. The tour continues in the United States, where the Meadows Museum will be the first American venue after the National Gallery of Art in Washington, D.C., to exhibit these fifteenth-century masterpieces.

The conservation of the tapestries was undertaken at the initiative of the Fundación Carlos de Amberes, with support from the Belgian Inbev-Baillet Latour Fund, the Spanish Fundación Caja Madrid, the Region of Castilla-La Mancha, the Provincial Council of Guadalajara, and the Diocese of Sigüenza-Guadalajara / Church of Our Lady of the Assumption.

The conservation of the tapestries received the European Union Prize for Cultural Heritage/Europa Nostra Awards 2011 https://www.europanostra.org/projects/65/. 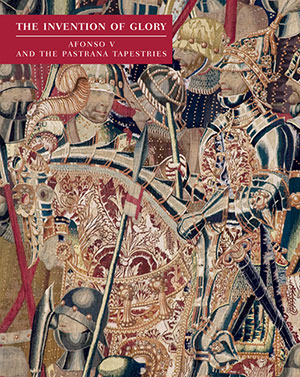