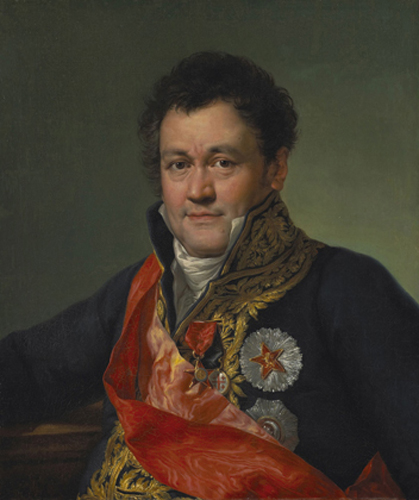 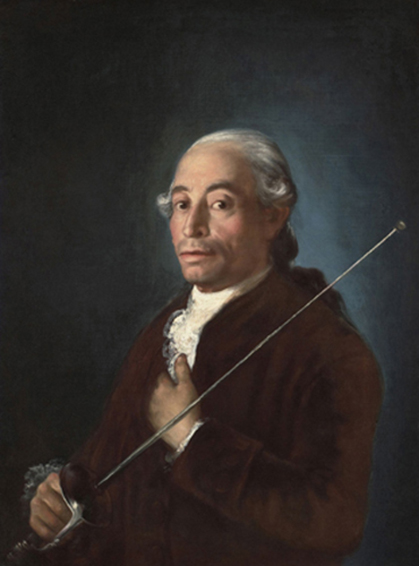 With the major exhibition Royal Splendor in the Enlightenment: Charles IV of Spain, Patron and Collector, which features excellent examples of fine and decorative art from Spain at the turn of the 19th century, the Meadows Museum has looked to its own rich holdings of paintings and prints from the period, created by artists employed by the Spanish court who shaped the royal collections of their patrons. Marking the chronological parameters of the exhibition is the two-decade-long reign of Charles IV, which began on December 14, 1788 and lasted until March 19, 1808, the year that marked the beginning of Spain’s War of Independence, also called the Peninsular War to refer to that theater in the Napoleonic Wars.

Two of Charles IV’s court painters are particularly well represented in the Meadows collection, and their paintings, prints and drawings make up the whole of this exhibition. The best known and the senior of the two artists is Francisco Goya y Lucientes (1746-1828), who was in his early 40s when Charles IV came into power and had already served as the official court painter for that monarch’s predecessor, Charles III. At the turn of the 19th century, Goya would nevertheless complete some of his most accomplished works, on both canvas and paper, of royal, private and personal commissions. These include his print series titled Los Caprichos (completed in 1799 and featured in this exhibition), his enigmatic paintings of the so-called nude and clothed “majas” (c. 1800/1803), and, perhaps most appropriate here, the monumental oil Charles IV of Spain and His Family, completed in 1800 and, along with the “majas,” now in the collection of Madrid’s Prado Museum. Selections from the Meadows collection featured in this exhibition similarly highlight this range of Goya’s output during the reign of Charles IV. In addition to a first edition of Los Caprichos, also featured is a single etching he produced some twenty years earlier in 1778-79, a portrait of  Queen Margarita of Austria (1584-1611; wife of Philip III of Spain and mother of Philip IV). The etching was inspired by the monumental painted portrait of the queen by Diego Velázquez (1599-1660), also a court painter, and one for whom Goya clearly held great admiration. Goya’s oil-on-canvas portrait of Francisco Sabatini (1722-1797), an Italian Neoclassical architect who designed a number of prominent buildings in Spain, was completed around 1775-1779; it reveals that Goya did not just paint for his royal patrons but also portrayed fellow artist-intellectuals of the day, including those employed by the Crown.  On the other hand, the 1794 painting on tin, Yard with Madmen (Corral de locos), represents a decidedly less courtly side of Goya’s output in the last decade of the 18th century. Here the artist depicts a terrific contemporary scene that he claims to have witnessed in his native Zaragoza, not of the high nobility or intelligentsia, those occupiers and creators of lofty, light-filled spaces, but of society’s trapped and tortured souls institutionalized in the darkest recesses.

Another of Charles IV’s court painters represented in the Meadows collection and featured in this exhibition is Vicente López y Portaña (1722-1850), who served as an honorary court painter (alongside Goya, whose portrait he painted in 1826) for that monarch before being officially appointed under Ferdinand VII (1784-1833) and, eventually, Queen Isabella II (1830-1904), for whom he worked until his death. He was known as one of the best portraitists of his day even though he also often painted allegories and religious scenes. He was also celebrated for his mastery of drawing, something in keeping with his Neoclassical training. Indeed, Ferdinand VII even appointed him the drawing instructor to his second and third wives (the Queens María Isabella of Portugal and Maria Josepha of Saxony, respectively).  Although this exhibition is limited to the works López created for his first royal patron, during the reign of Charles IV, they are nevertheless perfectly representative of the artist’s best-known output and range of skills in terms of medium and genre. The Portrait of Baron Mathieu de Faviers from 1812, in which the sitter, in full military dress, addresses the viewer directly, is just the kind of beautifully painted, assertive aristocratic portrait for which López’s talents were sought throughout the first decades of the 19th century.  On the other hand, the artist employed a loose, fluid style to animate the story of Saint Vincent Martyr Before Dacius (ca. 1796) with the colorful movement of muscles and drapery. López paints the Zaragozan saint, martyred in the 4th century during the persecutions of Diocletian, at the moment in which he appeared before the local Roman governor, Dacius, who imposed numerous heinous tortures on the saint before his execution. Its humble size and sketchy quality suggest that López created this work in preparation for a larger-scale ecclesiastical commission, offering some insight into how the artist developed his composition.

Similarly, a pair of delicate drawings created in the first half of the 19th century and featured in the exhibition demonstrate López’s renowned accomplishment as a draughtsman. They depict the four most important, or cardinal, virtues upon which all moral virtues in Christian tradition are hinged (“cardinal” is derived from the Latin word cardo, meaning “hinge”)  – Prudence, Justice, Temperance and Fortitude – here represented as four female figures (two per sheet). These popular allegorical figures appear elegantly draped and may be identified by their traditional attributes: a mirror and a sword (Prudence and Justice) and wine/water jugs and a column (Temperance and Fortitude).

Through the Meadows collection, this exhibition offers a representative summary of the quality and breadth (in both medium and genre) of artwork produced during the relatively short reign of Charles IV, within his court and by artists he patronized, particularly Francisco de Goya and Vicente López y Portaña. Alongside the opulent royal collections, however, many of the paintings and works on paper featured in this exhibition, particularly those by Goya, invite viewers to consider an opposing view of art and life in turn-of-the-19th-century Spain – prostitutes (Los Caprichos), the mentally ill (Yard with Madmen), students (Students of the Pestalozzi Academy, 1805-07) and the dead (The Garrotted Man, 1778-80 and Still-Life with Woodcocks, 1808-12). It was perhaps a foreshadowing of the fact that Spain was about to be riddled by war and the monarchy itself forced into exile.

This exhibition is organized by the Meadows Museum and has been funded by a generous gift from The Meadows Foundation.