This focused exhibition and study explores Rivera’s artistic production during the formative years he spent in literary and art circles in Paris during World War I, providing a new perspective on this lesser known and crucial period of the Mexican artist’s career.

The exhibition was inspired by a key piece from the Meadows permanent collection, the Portrait of Ilya Ehrenburg (1915). Algur Meadows purchased this portrait of a Russian writer for the museum in 1968. It is one of the only paintings by a non-Spanish artist he bought for the museum, and it remains one of only a handful of Cubist portraits by Rivera in an American collection. The painting demonstrates Rivera’s attentiveness to Cubism, especially in its second, synthetic phase in which the use of flatly colored and clearly defined shapes and varied textures combine to emphasize the two-dimensional perception of the image. At the same time, the artist seems to defy his painting’s two dimensionality by giving each of its colors and shapes its own, frequently three-dimensional, texture. This is particularly evident in his depiction of Ehrenburg’s pipe and pen, the prominently displayed symbol of the writer’s profession, whose modeled gesso protrudes from the surface of the painting. In this way, the work demonstrates that through oblique and simultaneous fragmentation of the picture plane and the transformation of perspective, Rivera opted for a hybridization of processes (Orphism, pointillism, futurism, abstraction) and, occasionally, of techniques steeped in a creative use of materials—including sand, sawdust, and paper—in oil paintings. The rusty red pigments of this canvas are pocked with sticky sand and Ehrenburg’s hair is formed by greasy ridges of black paint.

With this exceptional painting as the perfect starting point, the aim of this exhibition is to re-establish and highlight the emotional connections, as well as the professional and ideological ties, that bound Diego Rivera to the circles he frequented on a daily basis during his tenure in Paris. In his Montparnasse studio, many close friends posed for him, including Ilya Ehrenburg, who in his memoirs referred to sitting for the portrait. Through his illustrious models, it is possible to reconstruct a chapter of Rivera’s biography and, at the same time, a marginal aspect of cosmopolitan Paris during the period between the wars, with the artistic, historical, political, and literary references it encompassed. In particular, Paris’s Russian emigré community, of which Ehrenburg was a part, emerges among Rivera’s Cubist portraits, demonstrating his close acquaintance with them by way of his Parisian lovers (artists Angelina Beloff and Marevna Vorobieva-Stebelska). This community was primarily made up of Bolsheviks who continued an underground struggle while living in exile after the failed St. Petersburg insurrection of 1905; Ehrenburg himself was a fugitive from the czar’s prisons. Others included the burly poet Maximilien Volochine, the sculptor Oscar Mietschaninof, the painter Alexandre Zinoviev as well as Lithuanian sculptor Jacques Lipchitz and the capitalist patron of the arts, Michel Ossip Zeitlin, not to mention several of their wives and companions such as Bertha Kristosser Volkovitsky, Marie Zeitlin and Mme. Marcoussis.

When Diego Rivera traveled to study in Paris in the first decades of the 20th century and found himself in these fertile surroundings he developed a distinct Cubist visual language, which he used to create empathetic and moving portraits of some of the era’s most important figures. Diego Rivera: The Cubist Portraits, 1913-1917 therefore celebrates not only the Meadows’ Cubist portrait by the artist, but places Rivera within a broader framework of the European and avant-garde artistic traditions upon which he would later draw in the development of his own unique style. The exhibition will be curated by prominent Mexican scholar Sylvia Navarrete. She and other Rivera specialists from France and the United States will contribute to the scholarly catalogue. 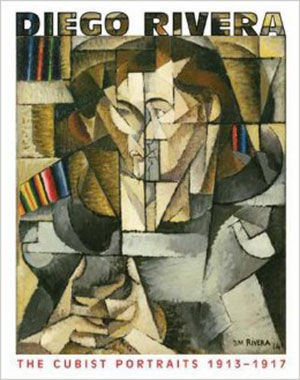