Between Heaven and Hell: The Drawings of Jusepe de Ribera

Drawing played a central role in the art of Jusepe de Ribera (1591-1652). Born in Valencia, Ribera spent most of his career in Naples where he significantly influenced the course of artistic production in the seventeenth century. Although little is known of his youth, training, and journey from Spain to Italy, Ribera is recorded in Rome in 1606, in Parma in 1611, and in Naples from 1616 until his death in 1652. After arriving in Italy, Ribera encountered the revolutionary paintings of Michelangelo Merisi da Caravaggio (1571-1610), whose distinctive qualities Ribera adopted in his own work, prompting him to be recognized as a Caravaggesque artist. Yet unlike Caravaggio, who famously did not make drawings on paper, Ribera was both an extraordinary painter and a prolific graphic artist. He produced a remarkable corpus of drawings as well as an important group of prints, and it is the strength of his works on paper – in addition to his paintings – that sets Ribera apart from his Caravaggist contemporaries.

Between Heaven and Hell: The Drawings of Jusepe de Ribera coincides with the joint publication by the Museo Nacional del Prado and the Meadows Museum of the first complete catalogue raisonné of the artist’s drawings. The study is authored by Dr. Gabriele Finaldi, former deputy director of the Museo del Prado and now director of the National Gallery in London, together with Dr. Edward Payne, former Meadows/Mellon/Prado curatorial fellow and now the senior curator of Spanish art at Auckland Castle in County Durham, as well as Doña Elena Cenalmor Bruquetas from the Museo del Prado. A total of 157 autograph sheets have been identified and catalogued by the authors, although Ribera certainly produced many more drawings during his lifetime, perhaps even double the number that survives.

Sheets by Ribera are widely dispersed in public and private collections throughout the world. This exhibition showcases highlights by Ribera from collections in Canada, France, Italy, Malta, the Netherlands, Spain, the United Kingdom, and the United States. Drawings are displayed in the context of related paintings and prints, and the exhibition is organized not chronologically but thematically in order to create striking juxtapositions between works across the trajectory of Ribera’s career. Between Heaven and Hell celebrates the variety of Ribera’s drawings, the technical skill in his use of pen, ink, and chalk, and the extraordinary originality of his subject matter, spanning anatomical figure studies and lively street scenes, to capricious subjects and scenes of martyrdom and torture.

On view at the Meadows Museum will be a total of forty-six drawings, twelve prints, eleven paintings, and one relief sculpture. Curated by Dr. Finaldi at the Prado venue and Dr. Payne at the Meadows venue, the project represents a continuation of the longstanding and productive collaboration between the two museums. Between Heaven and Hell: The Drawings of Jusepe de Ribera is the first major monographic exhibition organized on the artist in the United States in the last twenty-five years, and the most comprehensive presentation ever dedicated to the artist’s drawings.

This exhibition has been organized by the Meadows Museum and the Museo Nacional del Prado and funded by a generous gift from The Meadows Foundation.

Between Heaven and Hell: The Drawings of Jusepe de Ribera

Below: Between Heaven and Hell: The Drawings of Jusepe de Ribera :long version (April 20, 2017)

Below: Video of lecture by Edward Payne, Senior Curator of Spanish Art, Auckland Castle: “Sublime and Grotesque: Ribera and the Art of Drawing.” (Apr 25, 2017) 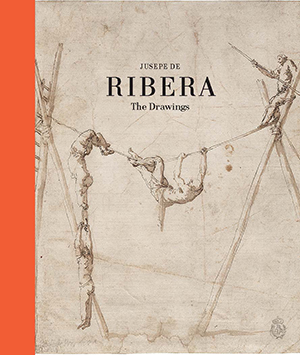