Chillida In Dallas: De música at the Meyerson 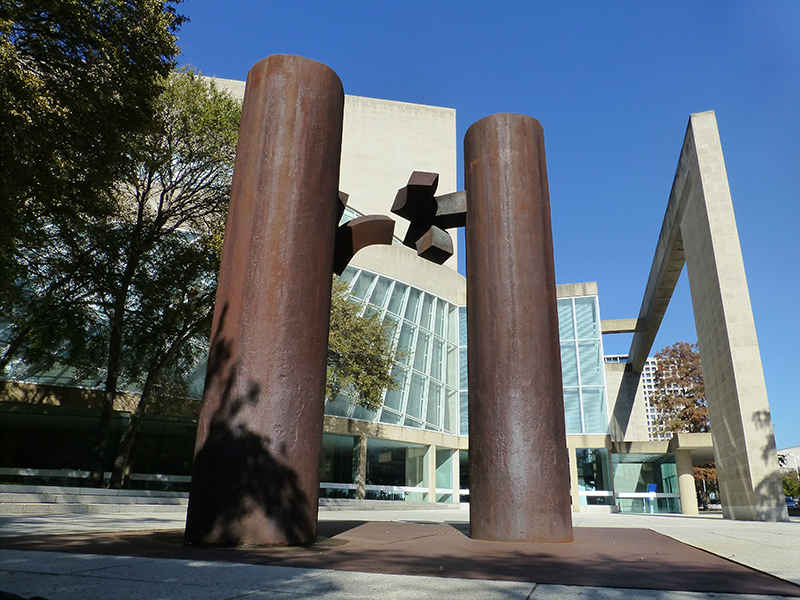 Eduardo Chillida’s (1924-2002) work traveled to the United States for the first time in 1958, where it was shown at the Guggenheim Museum in New York and in the same year he won the grand prize for sculpture at the Venice Biennale. In September, he returned to the United States thanks to a research grant from the Graham Foundation for Advanced Studies in Fine Art in Chicago. This period coincides with the first major acquisitions of Chillida’s work by American museums. Less than a decade after that first exhibition at the Guggenheim Museum, in 1966, it was a Texas museum—the Museum of Fine Arts, Houston—that exhibited the first major retrospective of Chillida’s work. A little more than two decades later, Chillida would return to Texas, this time to Dallas, to realize one of his most important commissions in the United States. He created the sculpture De música, Dallas XV (On Music, Dallas XV) in 1989 for the new Morton H. Meyerson Symphony Center in the heart of downtown Dallas. The massive glass and granite structure built to house the city’s symphony orchestra was designed by the celebrated Chinese architect I. M. Pei, and Chillida took particular care to make sure the sculpture he created would work in harmony with it. This required the sculptor to visit the site and to be in frequent dialogue with Pei as Chillida’s ideas for De música developed.

Concurrent with the exhibition of sculpture and works on paper in Memory, Mind, Matter: The Sculpture of Eduardo Chillida, Chillida In Dallas: De música at the Meyerson will explore the creative process that led the artist to create the singular, site-specific sculpture he did for the symphony center. Through the exhibition of drawings, photographs, and other works on paper on loan from the Museo Chillida-Leku in San Sebastián (Basque Country) and related to De música, Dallas XV, Chillida’s careful planning and his sensitivity to the unique demands of the site will be revealed. 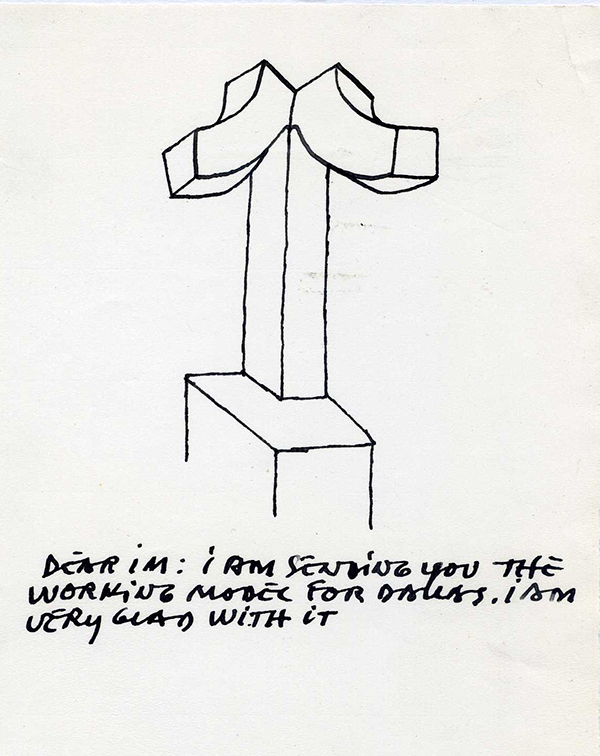